Infinix Smart 4, The Power of Smartphones at Low Prices

Infinix is ​​known as a manufacturer that often presents low-priced smart phones. Infinix Smart 4 is their product that was launched in 2019. 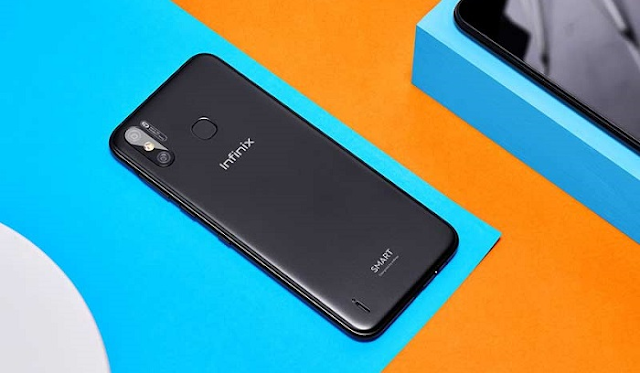 Infinix is ​​known as a manufacturer that often presents low-priced smart phones. Infinix Smart 4 is a variation of their smartphone that was launched in 2019.
Let's see what this smartphone looks like.

Infinix Smart 4 comes with a waterdrop notch display on the front which is where the front camera is placed. The screen has a width of 6.6 inches with HD + resolution. The screen to body ratio is 90%. This is a significant increase compared to the previous generation.

Infinix Smart 4 uses a Mediatek Helio A22 chipset with a 2.0 GHz Octa-core CPU configuration. This chipset is a rival to Snapdragon 429.
Helio A22 is based on a Cortex-A53 CPU with four cores (quad-core) which is paired with a PowerVR GPU and uses a 12nm architecture in its fabrication.
To support the performance of the Infinix Smart 4 smartphone, the chipset is paired with 2GB of RAM with 32GB of internal storage.

Infinix Smart 4 has the AI Dual Camera 8MP AF + Qvga with Dual-Flash Light and 5MP FF for the front camera. The front camera can be used as a face unlock. So this phone has two security, with a fingerprint scanner.

Infinix Smart 4 comes with a medium battery capacity of 4000 mAh. In normal use, battery life can last up to two days. If used to play games, the battery life of this phone can last all day.
Read more : 10 of the Best Gaming Smartphones Often Used Professionally
Author : Noval Irmawan
Image : arenalte(dot)com
Submit Public Comment Here