Waiting for the Path and Other Dying Social Media to Die

Social media Path reportedly will close. However, there has been no official information from the management regarding this matter, the news of the closure of the Path has been predicted for quite a long time from their track record. 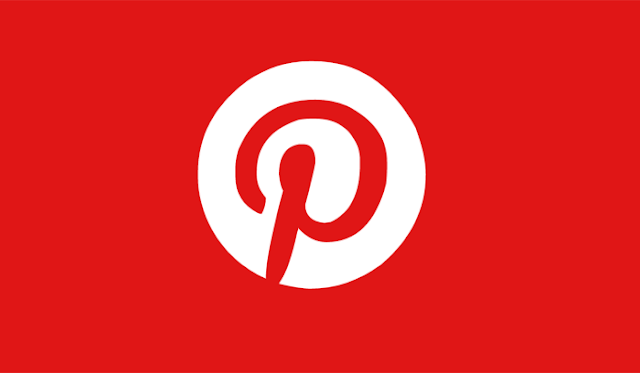 Social media Path reportedly will close. However, there has been no official information from the management regarding this matter, the news of the closure of the Path has been predicted for quite a long time from their track record.

Path information will close for the first time from the Twitter account @wowadit on Friday (09/14/2018). In the picture shared by the account, there is a text: ‘We deeply regret to inform you that Path will stop running. Please visit this site for the more detailed restore/refund process. '

But until this writing is made, Path still seems to be accessible, through applications or desktop or mobile. All social media features established since 2010 are still available and can also be used as usual.

However, warganet in Indonesia became excited by the news that Path was closed, this was not because Path users were the most in the world in Indonesia, which is around 4 million people. So don't be surprised if the news makes them celebrate nostalgia when they are still loyal users of Path.

Path, this device-based social media was founded in November 2010 by Shawn Fanning and former Facebook official Dave Morin. The Path concept is quite interesting because it focuses on maintaining privacy about the information shared by the user by limiting the number of friends.

One of the first articles that discussed the beginning of Path's presence was written by Forbes technology editor Mike Isaac. In the article that was given a pretty unique title, 'New Social Network Path = iPhone + Instagram + Facebook - 499,999,950 Friends', Isaac explained, as the background of one of the founders who were former high-ranking on Facebook, Path was made with the concept of 'mini Facebook'.

With Path, users can upload photos, link them with other users, show where they are, share messages, notifications about activities that are being carried out, to information ahead and wake up. However, Isaac wrote there was a surprise given by Path: "The surprise this Path gives is very not Facebook: Path limits its individual social networks to a maximum of 50 people."

This makes Path more interesting because he actually hit most social media grips, where the user's information is expected to be widely disclosed through digital friendship networks. As for the explanation of the 50th limit, it was explained Path on their blog page.

"We chose 50 based on the Oxford Professor of Psychological Evolution research, Robin Dunbar, who has stated that 150 is the maximum number of social relationships that the human brain can maintain. So, we think about 5 people as the closest relation and 20 are the number of people who have accustomed to dealing with us. 50 is the maximum limit of the network we have. They are people we trust and whom we consider to be the most important and valuable people in our lives. "

Through this explanation, in other words, Path has the main concept of promoting information exclusivity. In addition, the user can later become himself because the friendship chosen is the people they already know well. Path believes that the concept can be liked by netizens. That is why they later rejected an offer of acquisition from Google worth 100 million US dollars in 2011.

But along with the growth of these users, Path tripped over the privacy case because he had secretly accessed and saved the user's phone contacts without permission. Dave Morin as CEO of Path also acknowledged this and apologized to the public through his personal Path account which was also reported by Cnet on February 8, 2012.

Unfortunately, the case did not make Path deterred. In 2013, they were again hit by a privacy case after being caught storing privacy data from underage users. The FTC (Federal Trade Consumption) also fined Path for 800,000 US dollars because of this case. Since this time Path's popularity has slowly declined.

Various ways were then carried out by Path to re-stabilize the growth of their users. Including actively sending SMS randomly to various parties. This attitude is certainly considered spam by many people. Facebook also had to block the 'Find Friends' feature found on the Path.

Various ways were then carried out by Path to re-stabilize the growth of their users. Including actively sending SMS randomly to various parties. This attitude is certainly considered spam by many people. Facebook also had to block the 'Find Friends' feature found on the Path.

Apart from the various problems that befall Path, the social media still has loyal users. Daum Kakao, a digital company from South Korea, decided to acquire Path. Kakao's move is allegedly a business strategy to match the Line market in Indonesia. In 2014, Indonesia was the country with the largest number of Path users in the world, around 4 million people.

One of the innovations that Path did at the time was to make it easier for users to connect and add friends through Twitter, Gmail, and contact lists on their mobile. In addition, there are 12 new services that are integrated with Path, namely Over, PicCollage, PicMix, Papelook, Mill, Manga Camera, Otaku, PicFrame, PicStitch, QordPress, Viddy, and Strava. While another fundamental change is to remove friendship limits.

Unfortunately, Path's efforts to survive like a road in place. Based on data from JakPat and released by eMarketer on June 6, 2017, the number of Path users in Indonesia has been stagnant since 2014, far less than the growth of Instagram or Snapchat users.

In 2018, Path actually got fresh air as the case of abuse of tens of millions of Facebook user data conducted by Cambridge Analytica. Later it was discovered that the data was used for Donald Trump's winning purposes in the 2016 American Presidential Election.

Regarding the case, the CEO of Path, via his Twitter account, @davemorin, also stated that he had also been asked by many users so that Path could maintain the security of users' personal data. This attitude can certainly be interpreted as a business strategy from Path to divert Facebook users to their social media. Until now, Path had not moved from adversity. In fact, it was reportedly closed.

Besides Path, there are several other social media that seem to live only to wait for extinction. As reported by Digital Trend on December 26, 2017, the social media include Google+, Gab, Myspace, and Yo.

When released in 2011, Google+ is predicted to be a strong "killer" of Facebook. However, based on a report from Stone Temple Consulting in April 2015, the number of active users of Google+ "only" reached 100 million and those who regularly uploaded content were around 3.5 million users. This amount is certainly very lame compared to Facebook which claims to have 2 billion users every month in 2017.

The platform that was founded by Andrew Torba in 2016 was indeed made to accommodate freedom of expression to the maximum extent. However, precisely because of his freedom, some media such as Salon considered Gab as "a special Twitter for racist people". While the Guardian considers Gab as "a room full of racial hatred and conspiracy theories".

With such characteristics, it's no wonder Gab is rejected by iOS and Android. Users can only access it in the form of a website via the browser. The number of Gab users, as stated by VentureBeat on 7 February 2018, is 400,000 worldwide. But the small number is considered loyal and hence Gab continues to survive.

Before the Facebook era, social media was only owned by Friendster and Myspace. But for a global scale, Myspace is the king. Launched on August 1, 2003, Myspace immediately hypnotized young people in America. With its rapid growth, Myspace even wanted to acquire Facebook, which at that time was still pioneered. But the value of 75 million US dollars pegged by Mark Zuckerberg rated by Myspace CEO Chris DeWolfe is too high.

Two years ago, to be exact in July 2005, Myspace which continued to be acquired was acquired by the News Corp company owned by media tycoon Rupert Murdoch with fantastic value: 580 million US dollars. Murdoch's strategy was successful. A year after the purchase, the value of MySpace was three times the initial price and in August 2006, the number of their users reached 100 million. Previously in June 2006, Myspace became the most visited website than Google in America.

Along the way, Myspace which focused on music and entertainment platforms began to be overtaken by Facebook, which has targeted more people since April 2008. The number of MySpace users has continued to decline because of migrating to Facebook and Twitter. Seeing Facebook increasingly unchallenged, Rupert Murdoch decided to sell Myspace to Specific Media in June 2011 at a very low price: 35 million US dollars.

Even though it is no longer popular, Myspace still continues to this day. The number of users stays at 15 million every month and still remains in the same segmentation: music and pop culture enthusiasts. Not bad numbers for a "social media for zombies".

There are social media that was originally considered only made for jokes: Yo. This suspicion arises because, in addition to being launched right at the April Fool 2014, Yo also has only one purpose: allowing users to send the word "Yo" to other users.

But Yo then increases its features, starting from the distribution of locations, links, to sharing photos. Since it was released, there are about 2 million people who downloaded Yo and about 100 million words have been sent between users. Although its function is unclear, Yo also inspired the emergence of other social media with the same concept. Among others are Hodor, Aiyo, and Lo.

But in 2014, Yo also had a serious case related to user security. This is known after three students of informatics from one campus in Georgia, America, sent an e-mail to Tech Crunch containing the acknowledgment that they had successfully hacked Yo for 48 hours.

"We were able to get Yo users' phone numbers (I texted founder Yo and he called me back). We can deceive all users and spam them as much as we want. We can also send notification notifications to Yo users with whatever text we want (even though we decide not to)."